Life is a long road

This post essentially talks about making X 10x faster using Y, so it’s obvious that X and Y must do the same thing, otherwise it’s totally pointless to talk about the speed. The trick behind this is deadly simple, rewritting a scripted program with another compiled language. 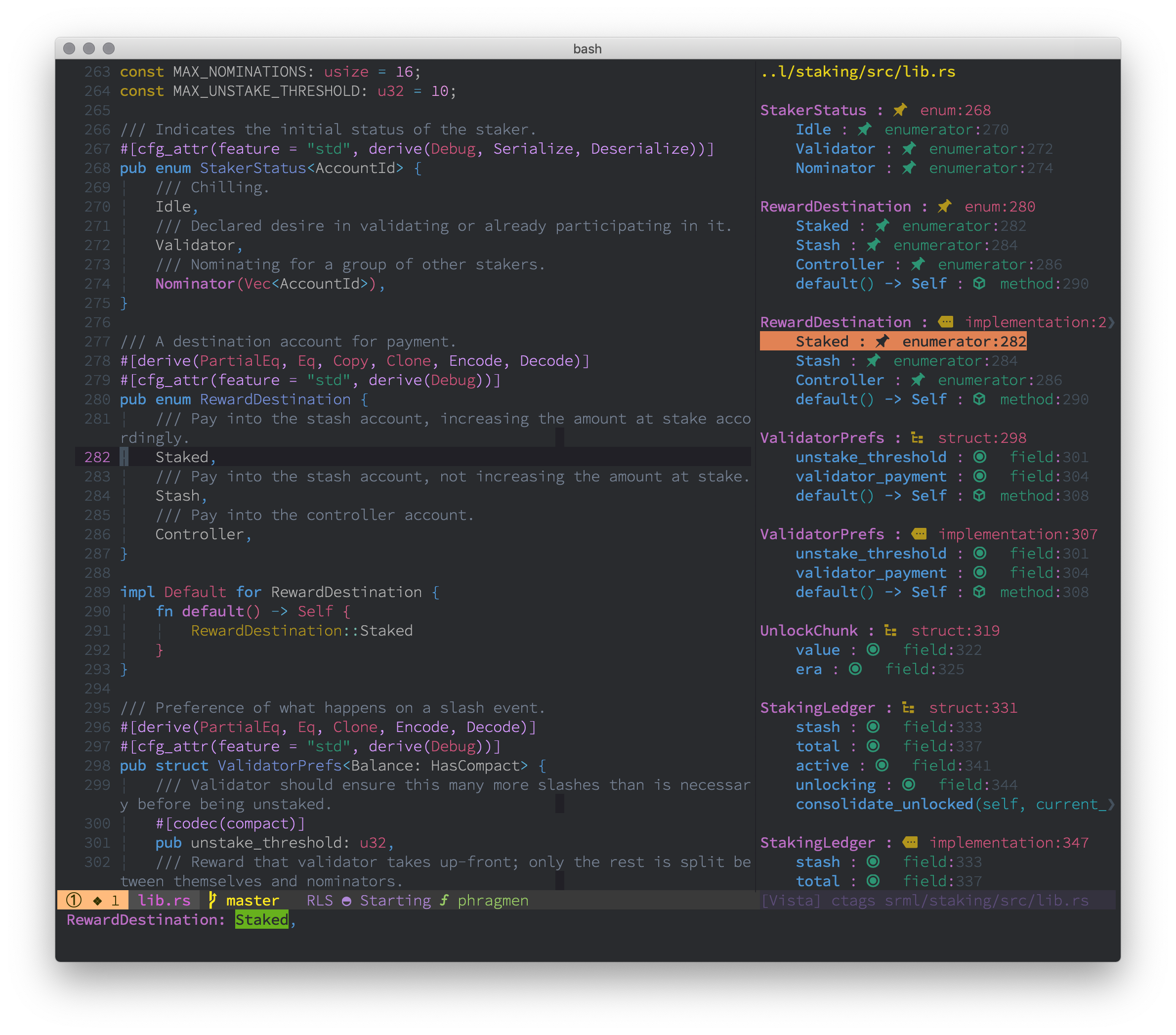 It has been two years since I started the project space-vim. Ever since I tried spacemacs, I had became a big fan of its default theme: spacemacs-theme, so I ported the dark version of it shortly, that is space-vim-dark, which is a dark only Vim colorscheme and has won some solid users in the past two years from my point of view.

Use Vim as a Python IDE

I love vim and often use it to write Python code. Here are some useful plugins and tools for building a delightful vim python environment, escpecially for Vim8:

Switch from spacemacs to vim painlessly

Obviously I am both a vimmer and spacemacs user (not a spacemacs hacker, yet). I was really amazed by spacemacs’ beautiful GUI and mnemonic keybindings when using it at the first time. Now, I oftern use spacemacs in GUI environment. However, I still prefer vim in terminal, for it’s much faster than emacs, especially when opening some small files.